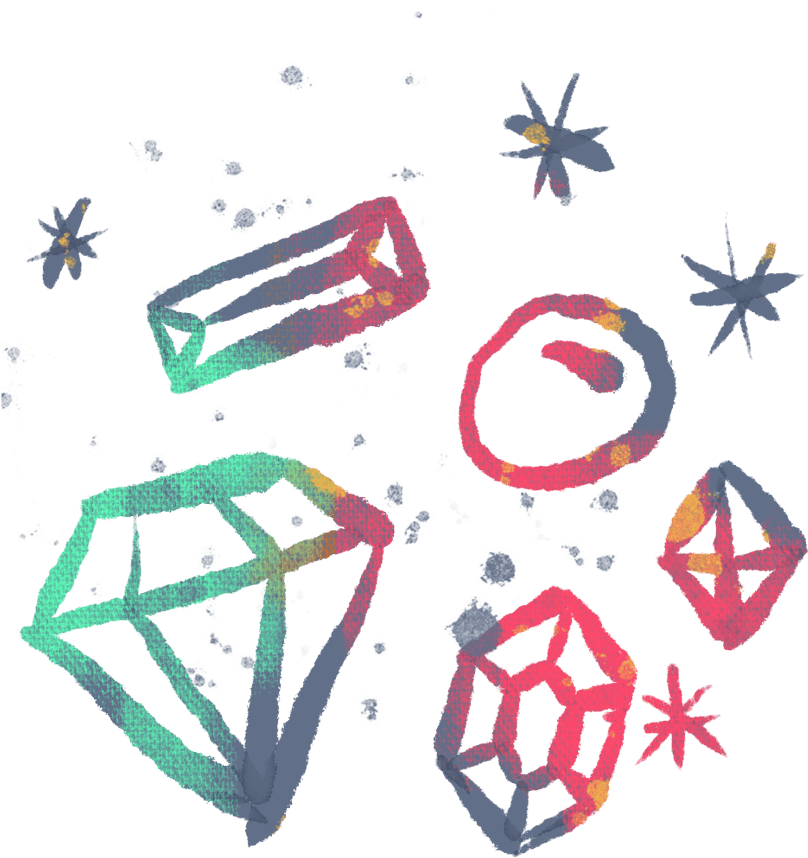 Be an Interplanetary Spy
12 Books

A famous puzzle series set somewhere in the galaxy

Text Link
Be an Interplanetary Spy

"Aimed at younger readers, these books were published in paperback form only, with brightly coloured covers and were heavily illustrated in black and white throughout. Unlike other series of interactive novels such as Choose Your Own Adventure stories or Fighting Fantasy gamebooks, each Interplanetary Spy book is made up largely of illustrations in a style that mixes comic book-like line drawings with blocky, straight edge illustrations matching the graphical quality of video games from the time of publication. Rather than requiring readers to select from various actions and directions, or succeed in dice driven 'combat' to progress through the story, these novels mostly involve puzzle solving. Image-based challenges such as mazes, pattern matching and visualization problems are common throughout the series, with all stories being presented in second-person point of view. By including blank spaces or boxes for writing, puzzles that required pages to be folded over and even a cutout model in one novel (The Star Crystal) the reader was actively encouraged to make changes to the books themselves. Because of this, it is almost impossible to find a copy today in mint condition. The writers frequently used the books' own ISBN numbers, which they called "Interplanetary Spy Binary Numbers" as codes or clues within the stories."

"The underlying concept of the series is that the reader is a member of an agency known as Spy Center, an organisation that maintains order throughout the galaxy and falls partway between a police service and an intelligence agency. This agency has its headquarters in Sector 666, known as 'The Sector of Illusions'. The reader's character is usually referred to simply as Spy, and the story and illustrations almost always deliberately avoid identifying the Spy's gender or any specific physical characteristics, ensuring the widest possible chance of affinity between the Spy as character and the reader. Individual stories are stand-alone and do not need to be read in any particular order to succeed, however several characters recur throughout the series and earlier events are often referenced later on."

"Each novel presents an encapsulated crime or mystery to be solved, and the overall series charts the reader's progress up the ranks with a number of promotions being received over the entire run of novels. Most novels follow the basic format of the reader being contacted by Spy Center who then assign them a mission and usually issue them with an associated disguise. There are often people that the reader must contact, usually spies themselves or else working in league with Spy Center."

"The stories are quite linear, with the reader advancing through the set plot by solving a number of puzzles of a 'succeed or fail' style, said failure often resulting in the Spy's death or the story otherwise immediately coming to an end. As such, the reader's choices rarely impact the storyline itself, only their progression through it."

With the series retrospective popularity, a kickstarter was created to digitise the books into interactive games. Information can be found here 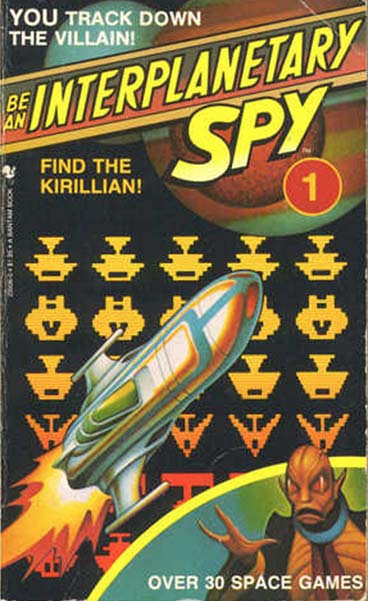 More than a video game! You make the decisions! 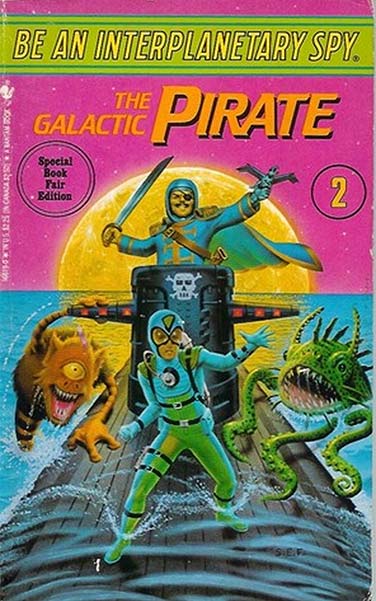 You are an Interplanetary Spy. Your mission is to capture Marko Khen, the Galactic Pirate. Marko and his band of criminals have been kidnapping animals and turning them into monsters. You mus recover the animals and smash Marko's sinister plans. 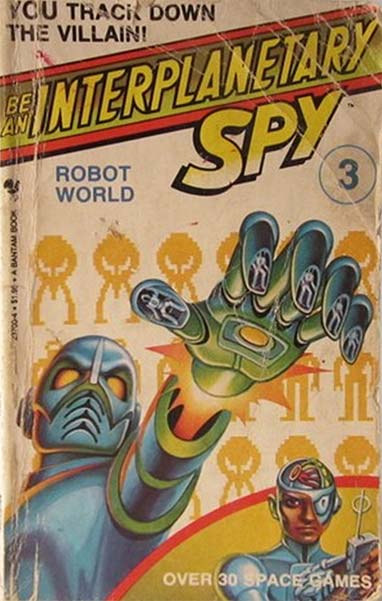 The reader (disguised as a robot) is sent to a planet where a robotic rebellion has taken place. There they must contact the cyborg-scientist Dr Cyberg and defeat the rebellion before the robots begin an interplanetary invasion. 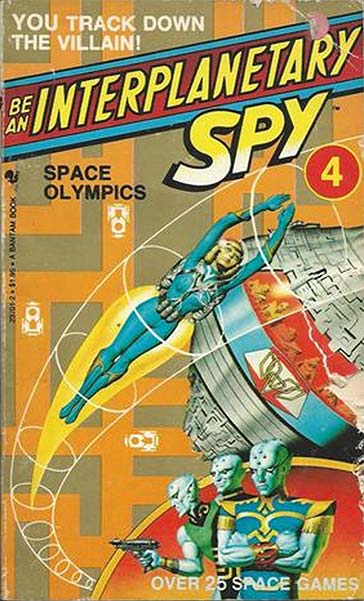 You are an Interplanetary Spy. Your mission is to travel to the first Space Olympics and protect the superathlete Andromeda. Gresh the evil master spy plans to kidnap her and sabotage the Olympics. You must make sure that Andromeda completes the Olympics alive! 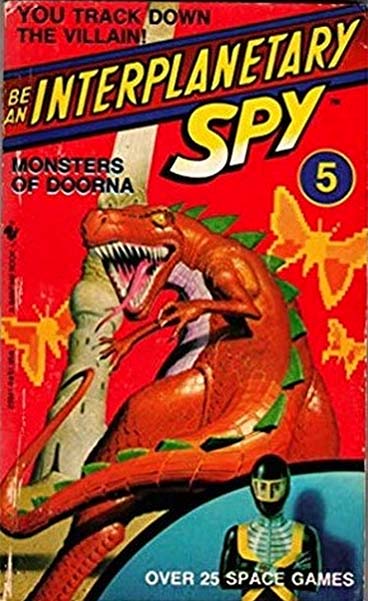 A mysterious distress message has been received by Spy Center from the outpost world of Doorna and the reader is sent to this distant planet to save the natives from invading monsters. 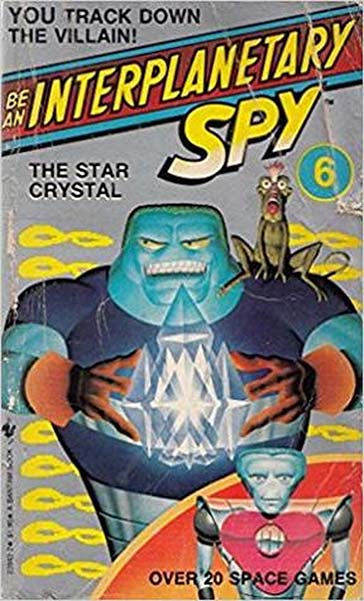 The Star Crystal, a giant glowing gem, is to be awarded to the greatest artist in the galaxy. The reader, in the guise of an art expert, must protect the Crystal and its courier on the Mobius Space Liner during the journey to the award ceremony. Successful completion of this book rewards the character with a promotion to Level 2 Spy. 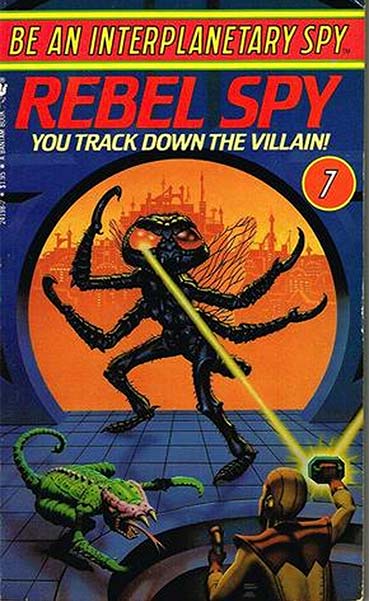 The reader is sent with Callisto (the spy they met previously in The Star Crystal) after Valeeta, an insectile renegade spy who is causing trouble on the planet Delbor. Clues point to her being in one of two cities which are currently feuding. The reader must capture Valeeta and in the process reunite the cities to unlock an ancient secret. 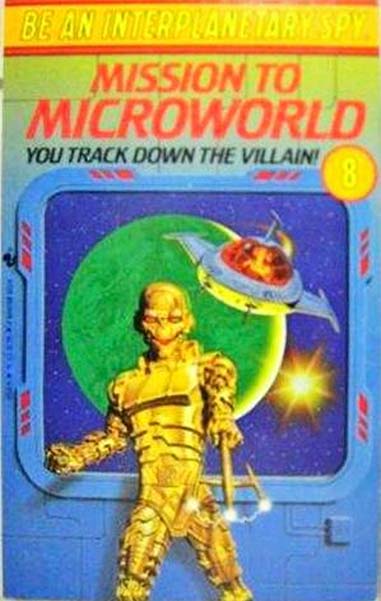 The reader intercepts a distress call from the biodroid encountered in Galactic Pirate in apparently empty space and discovers a microscopic world. With the assistance of Dr. Cyberg (from Robot World) the reader must shrink themselves to the same scale as the planet and rescue the enslaved natives from the robotic dictator Electron. 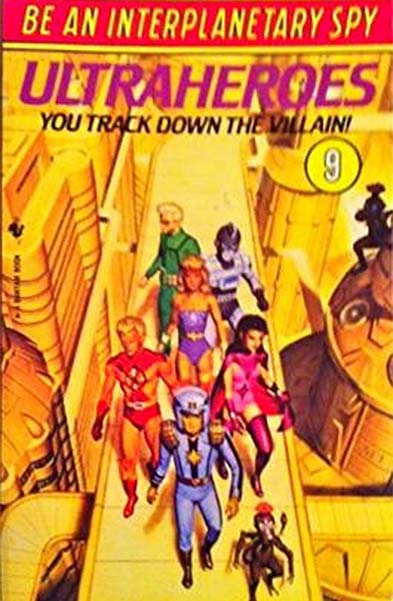 Several individuals (including Andromeda from Space Olympics) with special powers are going through a series of training and testing exercises in an attempt to form an elite group of galactic superheroes. However it has been discovered that a saboteur is amongst them. The reader, pretending to be a late recruit, must locate and stop the saboteur under the guidance of Tunk (Callisto's 'pet' in The Star Crystal) 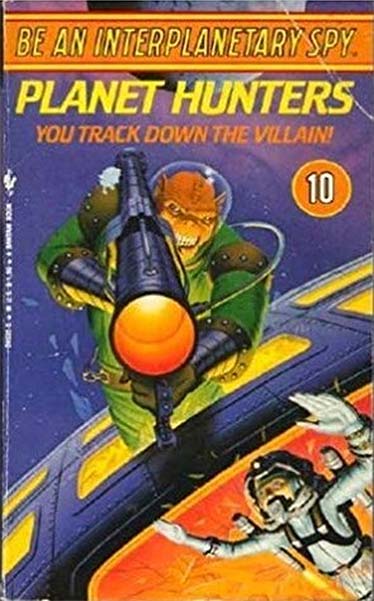 Three criminals have escaped a prison sector of space known as The Outlaw Sector and are collecting planets by shrinking them with a black-hole gun. Disguised as a spaceship hull-cleaner the reader must sneak aboard their ship while it docks and stop them. 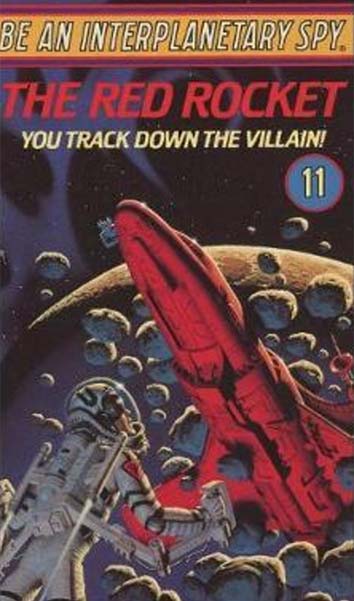 Two feuding races are about to go to war. The reader must prevent this by locating a treaty lost in an ancient rocket that went to space hundreds of years before. In doing so they uncover the remnants of the robotic rebellion that was quashed in Robot World which they must defeat. After completing their mission, the reader returns to Spy Centre to find it strangely deserted, and must unravel the mystery (made up of puzzles referencing most of the previous books) to receive a promotion to Level 3 Spy. 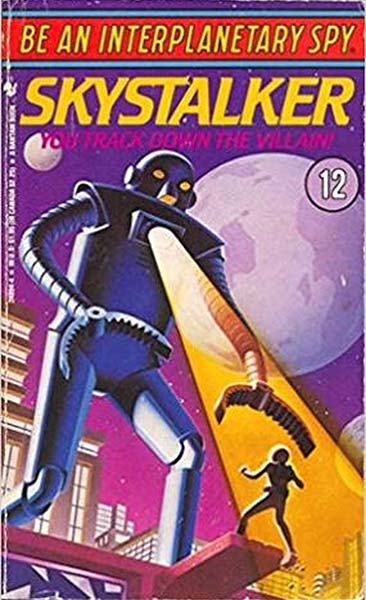 A sphere made of the rarest element in the galaxy has recently been discovered, but has since been stolen by the criminal Skystalker. He is unaware however that the sphere contains a substance that could destroy the galaxy. The reader must track Skystalker to an uninhabited 'puzzle-world' and recover the sphere before it can be opened.