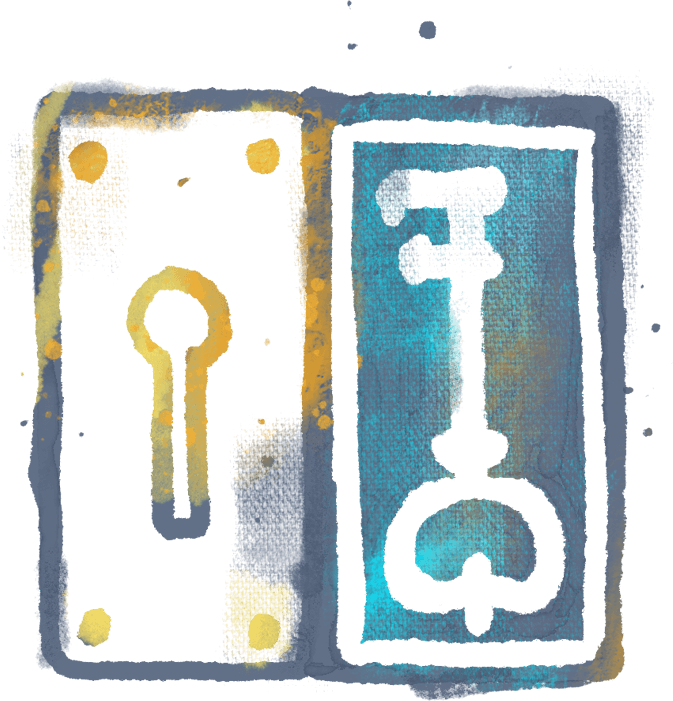 A series of 'Pick a path' puzzle mysteries aimed at kids.

While the book is predominantly a 'Choose your own adventure' style tale, with readers finishing a chapter and having a fork in the road to choose from (some ending the story before the mystery is solved), there are puzzles included - such as sudoku's, 'what's behind the door' puzzles, etc.

The series has spawned 3 books thus far and shown to be fairly popular. 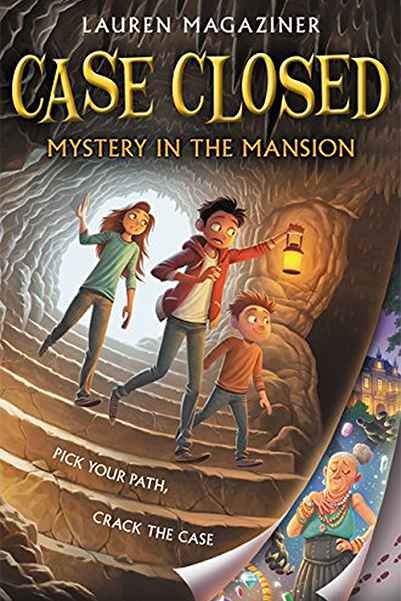 1
Mystery in the Mansion
Lauren Magaziner

Carlos Serrano has never solved a mystery in his life. And he’s counting on you to solve his first one.

On the morning of a big investigation that would save her failing detective agency, Carlos’s mom gets sick with a nasty flu. But Las Pistas Detective Agency can’t afford to lose this case, or they will close down for sure. That’s where Carlos—and you—come in.

With the help of his best friend Eliza and her wild little brother Frank, Carlos takes over the investigation. The mystery involves an eccentric local millionaire, who starts receiving death threats. It appears someone wants to get their hands on a buried fortune. However, their search for the culprit is complicated by tricky riddles, cagey suspects, hidden secrets, and dozens of impossible choices. They need your help!

In this hilarious, interactive, and puzzle-filled adventure, YOU pick which suspects to interview, which questions to ask, and which clues to follow. Can you help Carlos and his friends figure out who’s sending the death threats, find a lost treasure, and save Las Pistas Detective Agency? Or will it be case closed? You pick the path, you crack the case! 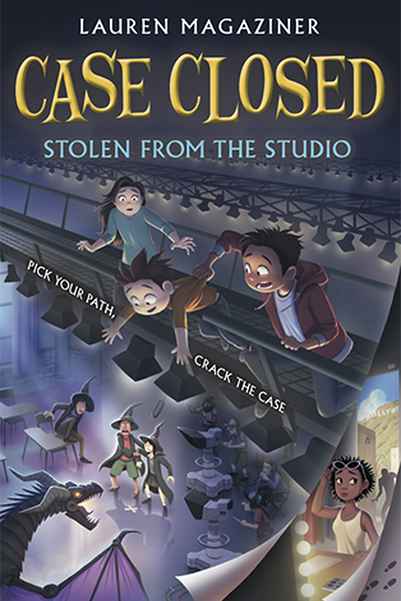 2
Stolen from the Studio
Lauren Magaziner

Lauren Magaziner’s hilarious and high-stakes middle grade series gets a touch of Hollywood glamor! Pick-your-own-path and puzzle-packed mystery collide in this star-studded sequel in which the reader must help Carlos and his friends solve the disappearance of a famous teen actress.

In this wildly entertaining and interactive adventure, YOU pick which suspects to interview, which questions to ask, and which clues to follow. You pick the path—you crack the case!

Carlos Serrano needs your help—again! His mother has received an urgent assignment to find the missing star of a wildly popular TV show, but she won’t let Carlos investigate!

With his genius friend, Eliza, and her little brother, Frank, along for the case, Carlos is excited to examine the studio for clues and interrogate suspects on the set of Teen Witch, but he has to keep his detective work hidden from his mother's laser-sharp gaze. And just like before, he can’t do it without you!

Can you help Carlos and his friends solve the puzzles and stay out of trouble long enough to save Layla Jay? Or will it be case closed? 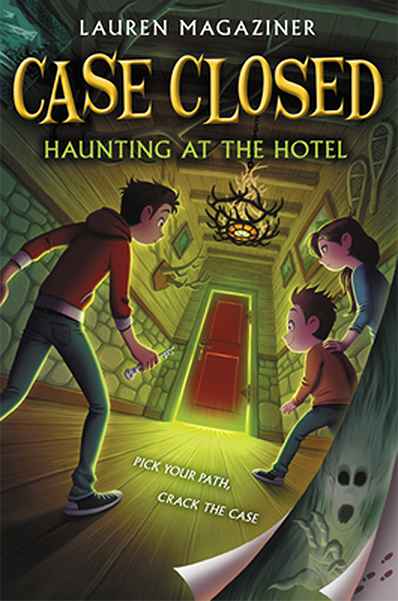 3
Haunting at the Hotel
Lauren Magaziner

Pick-your-own-path and puzzle-packed mystery collide in the third book in Lauren Magaziner’s hilarious and interactive middle grade series in which the reader must help Carlos and his friends hunt ghosts at a haunted hotel.

In this wildly entertaining adventure, YOU pick which suspects to interview, which questions to ask, and which clues to follow. You pick the path—you crack the case!

Carlos Serrano is now officially an apprentice detective at Las Pistas Detective Agency. He finally earned his mom’s trust, but his next case will be his most difficult one yet. Guests at a creepy mountain hotel are complaining of weird disturbances, threatening messages, and hair-raising howls!

Carlos, along with his best friend, Eliza, and her wacky little brother, Frank, arrive on the scene to investigate a... ghost? What secrets is this haunted hotel hiding? With tricky puzzles, ghoulish secrets, ectoplasmic enemies, and dozens of impossible choices, these junior detectives need your sleuthing skills!

Can you help Carlos and his friends unravel the mystery before it’s too late? Or will it be case closed?