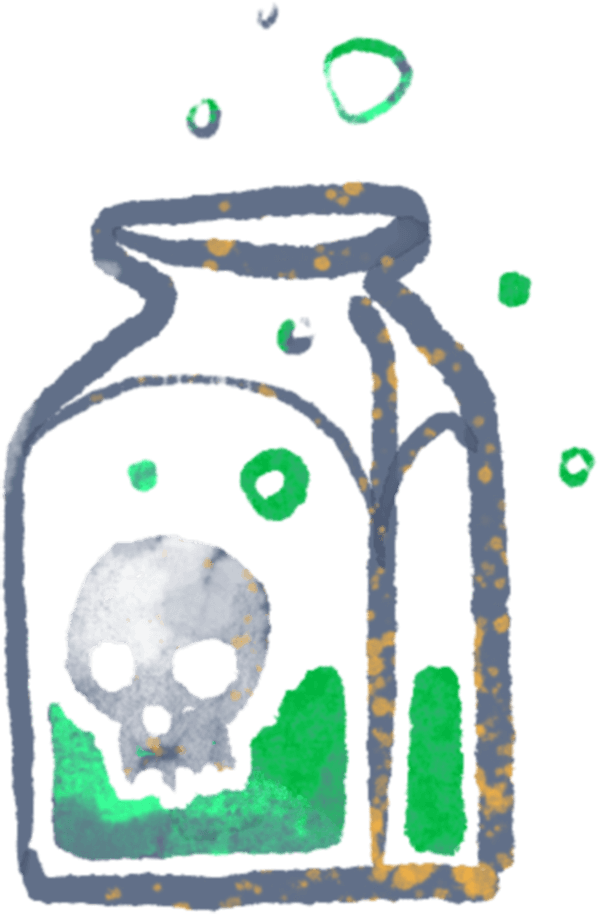 A series of very popular British Puzzle Books published by Usborne in the 80s and 90s, also spawning several spin-offs for different audiences.

If you were a kid in the 80s or 90s, you’ll remember the 'Usborne Puzzle Adventures' series, which spanned across multiple authors and illustrators for over a decade.

25 official titles were made, some of which reprinted in ‘Omnibus’ editions, before entirely new reprints appeared in the 2000s, giving fans another chance to collect these nostalgic icons (even if the original covers are far superior).

There's many reasons these books were popular - they had the makings of classic adventure book plots, built on a variety of classic puzzle formats, but included vibrant illustrations, with diverse characters and environments.

With locations ranging from sunken cities, to ancient pyramids, to a schoolbus in outer space, a good variety of plots/characters were built, even in the confines of the short books (all 48 pages). Nearly all were set in the present, and most avoided supernatural elements, or kept them to more of a 'scooby doo'-esque passing nod ("it was the janitor all along!").

(Interestingly, Usborne would reportedly build new books by taking the title and cover art to conventions to build interest, and commissioning the ones that proved popular).

Some of the puzzles in this series seems surprisingly (and commendably) difficult. Even simpler puzzles such as mazes often had extra dimensions, such as needing to follow instructions to navigate a maze as normal, but also have to deduce where your starting point was. Some puzzles, in addition the hints page, required readers to read back through earlier pages for clues, and coupled with intricately explorable illustrations, this gave books a longer life.

Though the series ran 25 book, several more were planned before ending -all sought after and documented in the Agent Arthurs Mountain Mission website, including some interesting emails with fans and even the authors/illustrators themselves. Further Books were reported to include:

The latter two were eventually published but in a different format, sadly without puzzles (so not considered part of the same series). With book number 25, 'The Crimebusters Investigate', published in 1997, the series drew to a close, with a few further 'Puzzle' book series, aimed at slightly different readers, continuing on after. 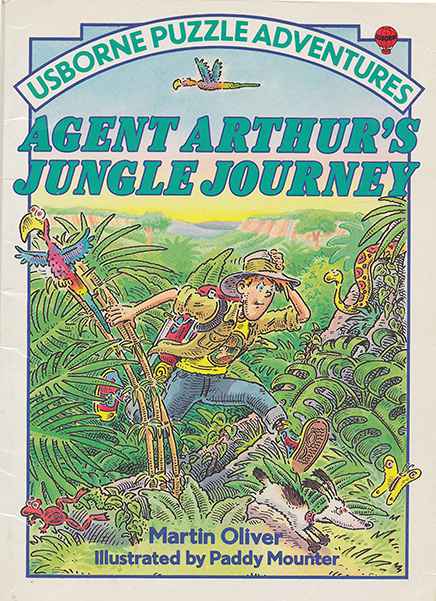 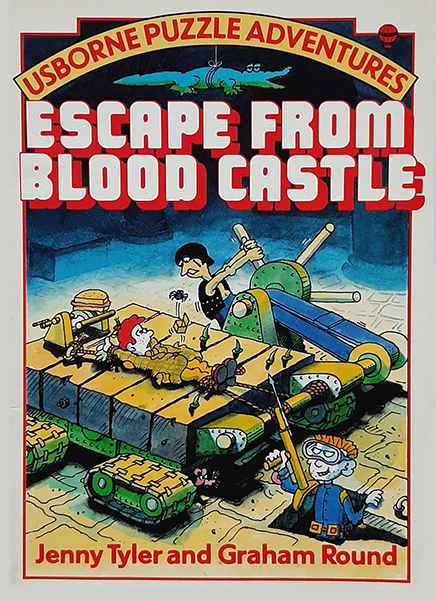 Join Intrepid Ivor as he pursues his quest for the all-important Papers and tries to escape from Blood Castle. 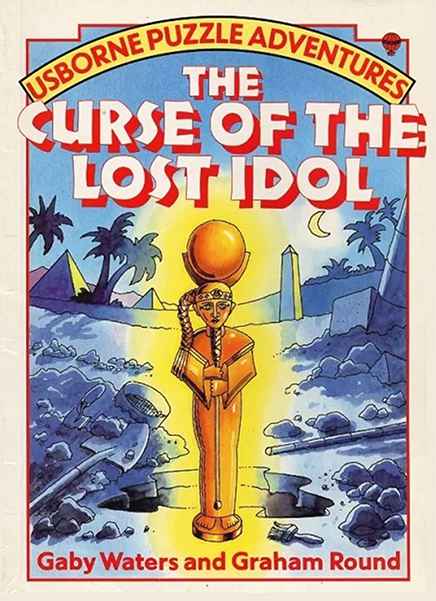 Join Annie in her quest to solve the strange mystery of the lost idol and to prevent the threat of its ancient curse. 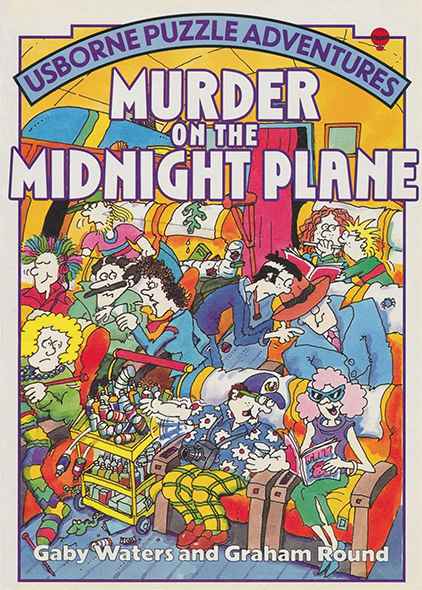 3
Murder on the Midnight Plane
Gaby Waters
Graham Round (Illustrator)

The reader must solve a series of visual puzzles in order to help the Sprockett twins discover who killed a mysterious passenger on their midnight plane ride to Tsetse Island. 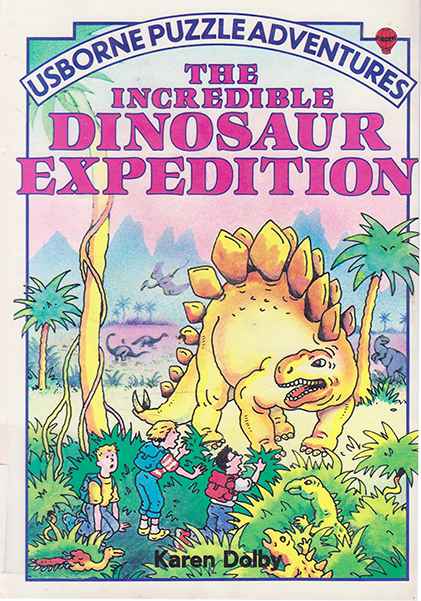 Freddie, Zack and Jo unwittingly walk into the past and find themselves in the eerie, unknown world of the dinosaurs. Here they discover a prehistoric plot and their desperate search for the disappearing time door begins. 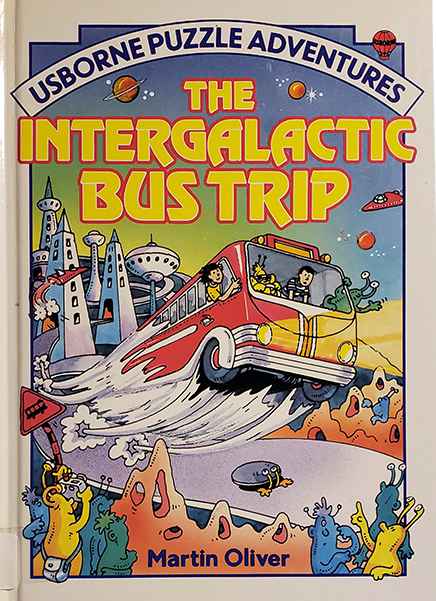 A mysterious game starts Tom and Izzy on a bus trip across the galaxy. Can Izzy save Tom from the kidnapping space bandits? 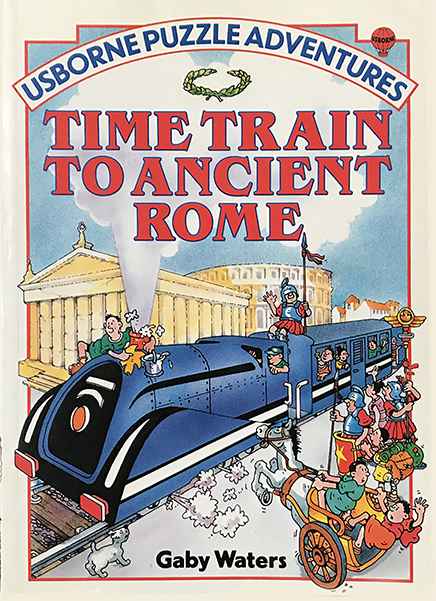 The Time Train seems to be an ordinary train until Bill and Lucy climb aboard and are whisked away to Ancient Rome. Here they stumble on a poisonous plot and find themselves caught up in a risky Roman adventure. 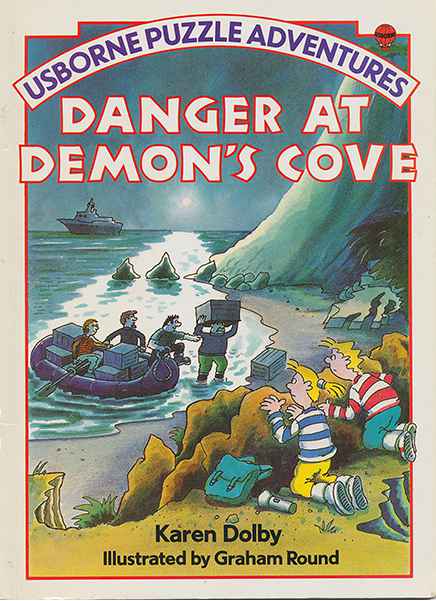 Danger at Demon's Cove is a thrilling story of lost treasure, ruthless crooks and sinister strangers. What is the secret of the flashing lights? Where does the maze of smuggling tunnels lead? and where did the greedy Grabbitts hide their loot? Join Max and Sally as they piece together the ancient chart and follow the trail to the buried treasure

Agent Arthur's first mission for the Action Agency takes him deep into the tropical jungle. Here he is forced to pit his wits against his enemies and the elements in a desperate bid to succeed and survive. 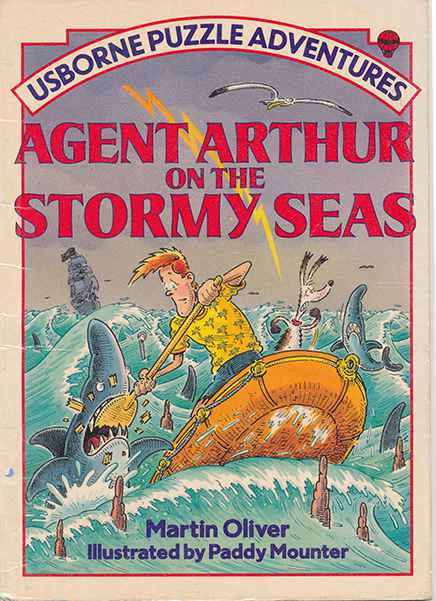 Agent Arthur investigates a series of disappearing ships in the tropics, rumoured to be the work of a notorious pirate. 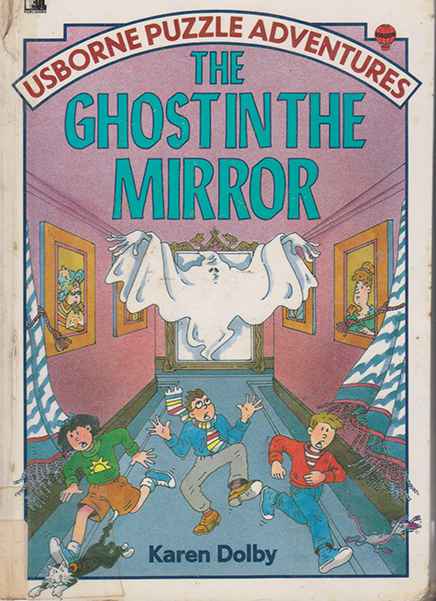 10
The Ghost in the Mirror
Karen Dolby
Brenda Haw (Illustrator)

When Polly, Joe and Sam set off on a ghost hunt in creepy Grimstone Manor, doors slam, secret passages spring open and a strange apparition appears in a mirror. But in a spooky game of hide and seek, they stumble upon more than they bargained for and discover the truth about the ghost in the mirror. 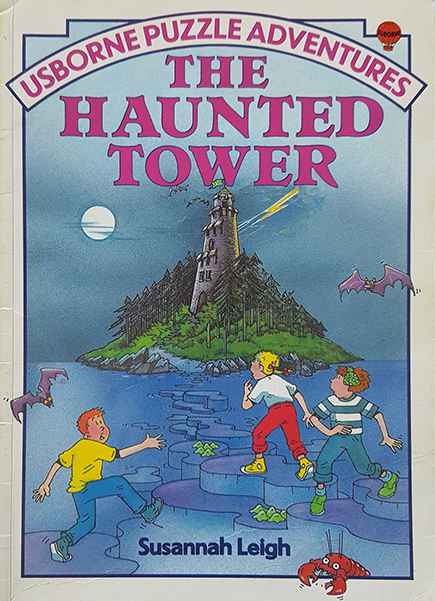 Nic, Ali and Charlie visit a mysterious Island and it's tower which is rumored to be haunted. Here they must escape the islands inhabitants and foil a kidnapping plot. 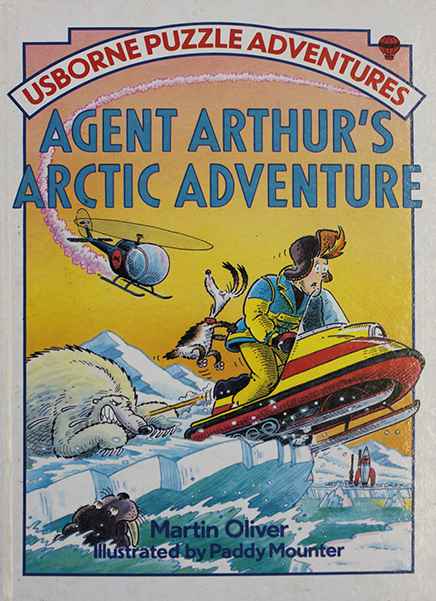 Agent Arthur's third mission for the Action agency takes him to the rough, tough frontier town of Hudlum Bay. Here he discovers an evil plan to take over the world and is forced to head into the freezing arctic wastes to defeat a ruthless enemy. 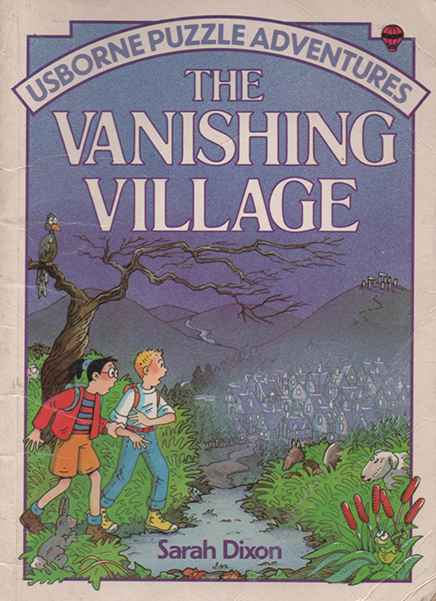 One misty night, Jay and Ben stumble upon a ghostly village that vanishes without a trace by dawn. A mysterious message leads them into a series of spooky adventures as they attempt to lift an ancient curse from The Vanishing Village. 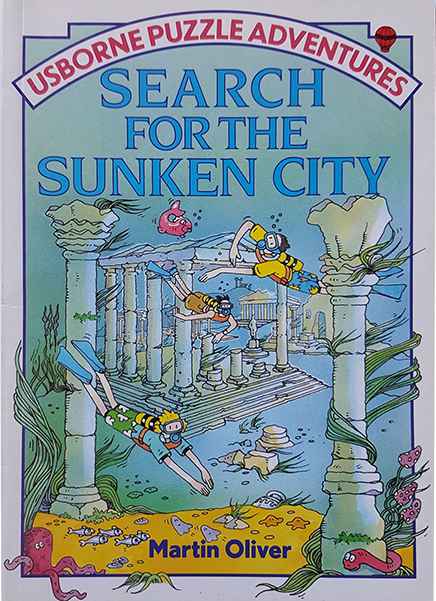 The discovery of a wrecked galleon and the contents of an old sea chest plunge Flic, Toby and Uncle Ollie into a perilous adventure above and below the waves. 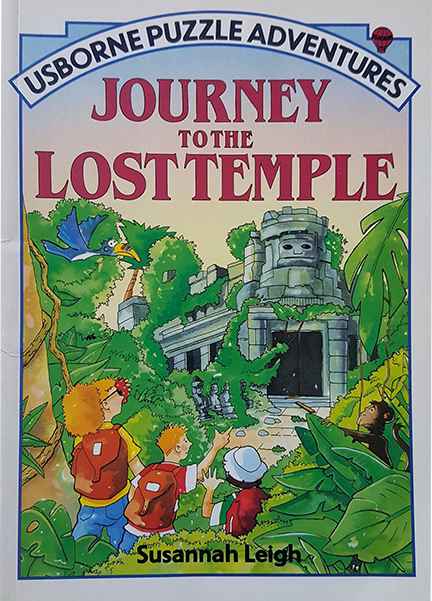 Three teens journey their way through the jungle (and it's inhabitants) to find a mysterious temple. 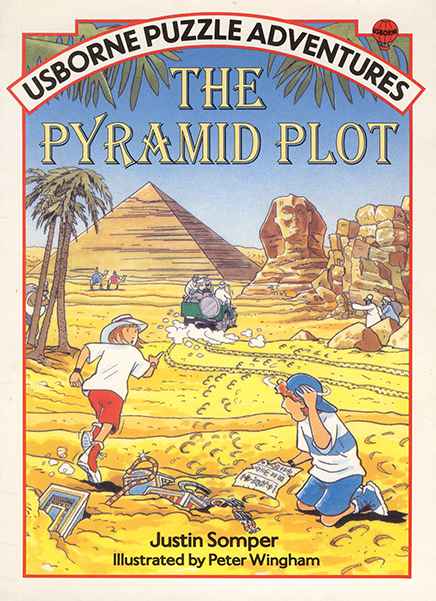 Jaz and Gusto's trip to Egypt takes an unexpected turn when they stumble upon a bunch of crooks and an ancient treasure trail. Their search leads them on a perilous adventure of mystery and sabotage as Gusto and Jaz struggle to outwit the suspicious Iona fortune, unravel the riddle of the strange symbols and finally discover the secret of the pyramid plot itself. 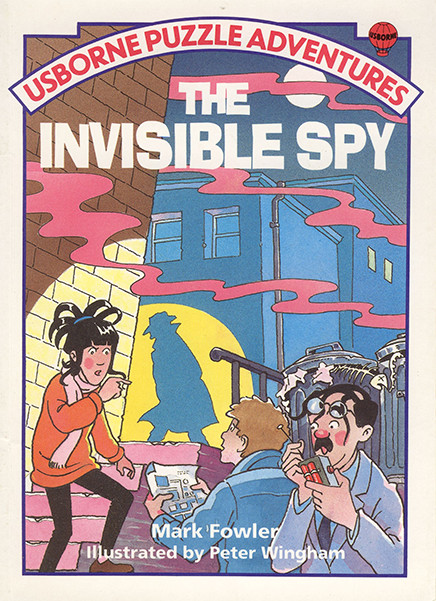 The invisible spy plunges you into the world of secret formulas, kidnap, spies and counter-spies. Throughout the book there are lots of tricky puzzles which you must solve in order to understand the next part of the story 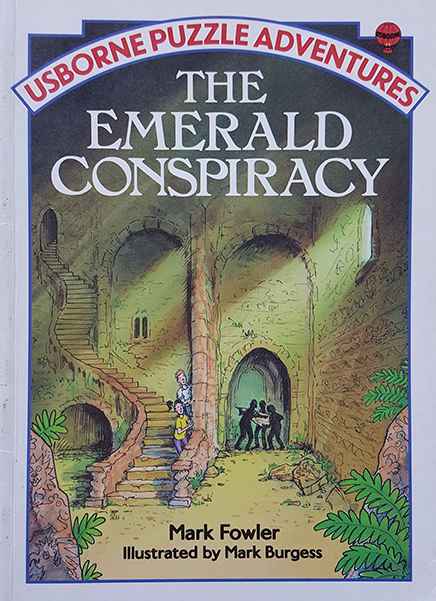 The reader must solve an assortment of puzzles to unravel the mystery that confronts Annie and Joe when they arrive on the tropical island of Exotika. 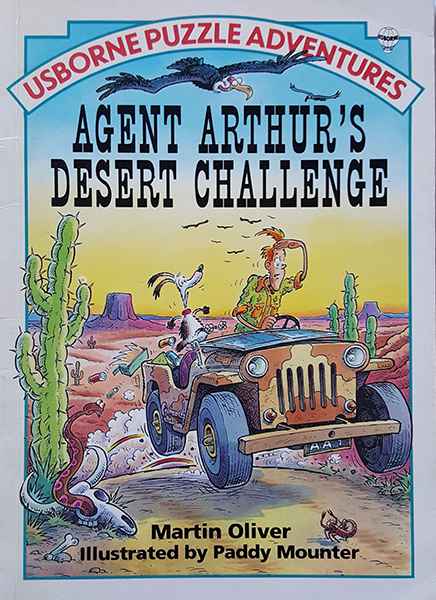 Combining stories of mystery and adventure with puzzles to solve, this Puzzle Adventure is intended for eight to 13-year-olds. Extra clues, as well as complete answers, are given at the back of the book. 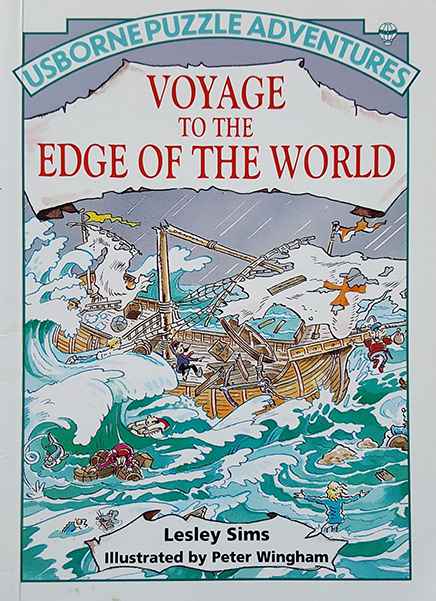 20
Voyage to the Edge of the World
Lesley Sims

Charlie and Wills day begins with a note found in a bottle, before having their boat destroyed and being rescued by a passing ship... in 1491. 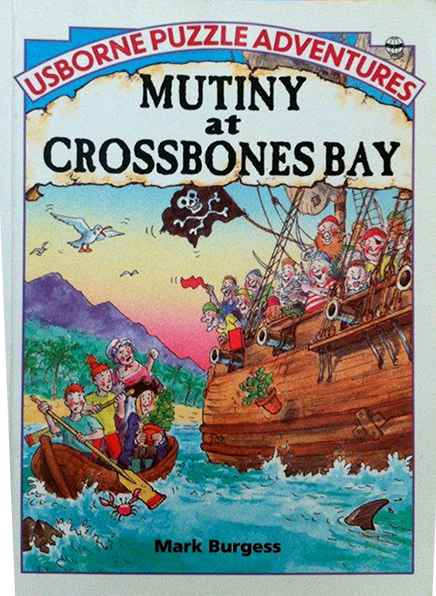 Tom and Mandy plan to spend a day at the beach, but they soon end up in stormy waters. Thrown back in time, they are forced to work aboard a ship called the Squiffy Sheep, and they find themselves at the mercy of a rebellious crew about to mutiny. 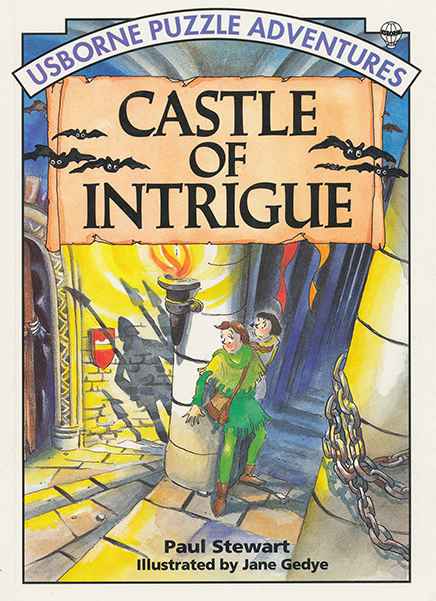 All is not well at Craggie Castle, where the vile Sir Vile rules its downtrodden occupants with a rod of iron. Following instructions left by an unseen hand, Paul the Pageboy must set off a chain of events that will overthrow the evil tyrant once and for all. 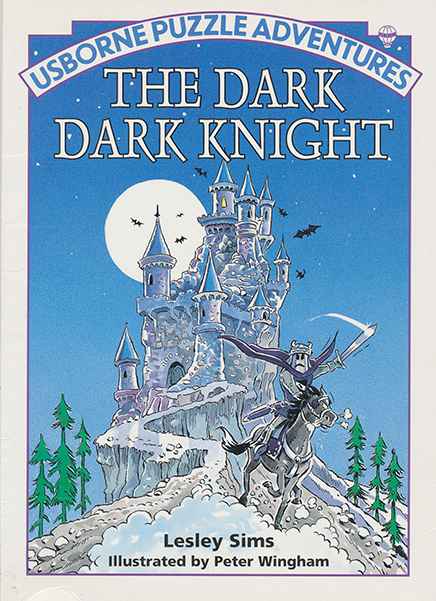 It's an ordinary day for Haley and Martha - until they accidentally wake two knights from a thousand-year sleep. Suddenly they find themselves on a daring and dangerous quest, journeying through the ancient kingdom of Hamalot, in search of Good King Stan. 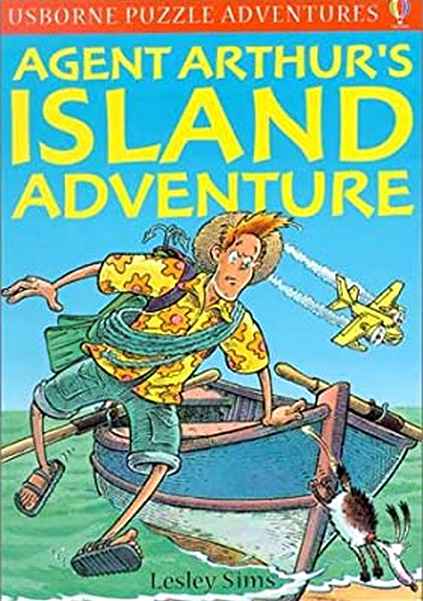 Agent Arthur is in action once again, hot on the trail of the devious Squid Squad. Captured, imprisoned, blown up and stranded, the odds are stacked against him as Arthur struggles to survive. But will he escape in time to sabotage the Squid Squad's scheme? 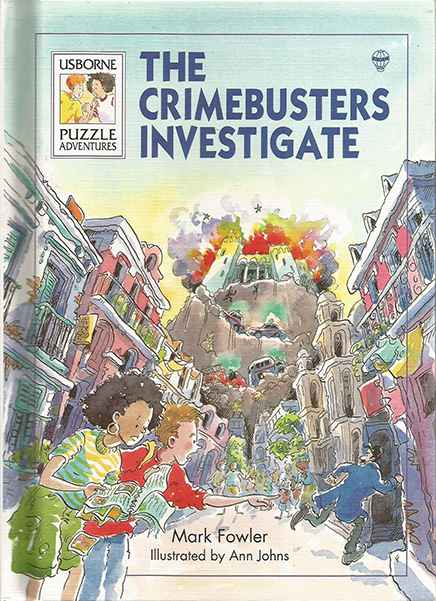 Five sinister suspects, baffling evidence, and a criminal mastermind whose activities threaten to tear apart the old city of Allegro. All this awaits Kaz Smiley and her friend, Mat, when they set out to investigate the theft of a mysterious jewel known as the Traitor's Knot.