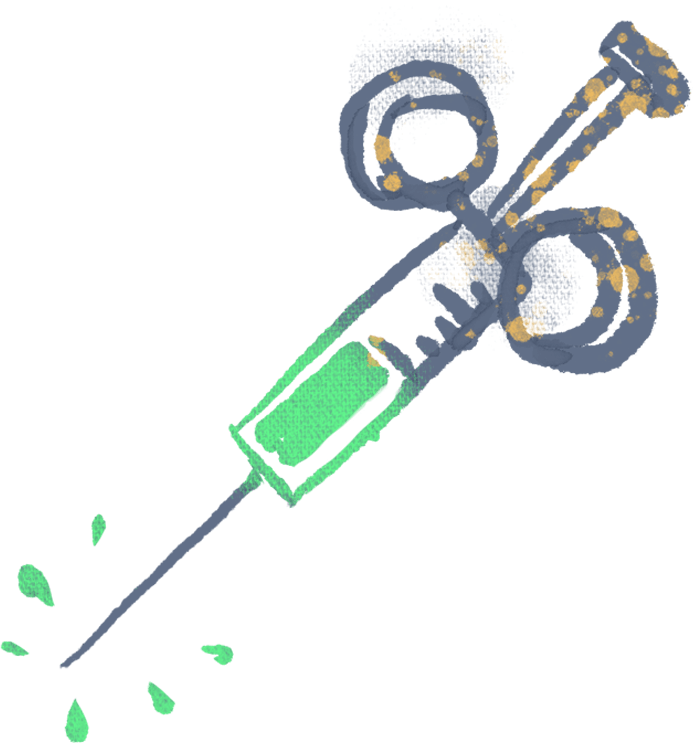 A long series of novels with a mystery to solve

With 60 titles published in only a few years, and titles like "Ballet of Fear", you know these will be strange. The Zebra Mystery Puzzlers are a series of short novels where the reader solves the puzzle/crime with clues in the image on the cover, and clues throughout the book. For the large amount of authors, male-to-female pseudonyms are rife (with names that closely match - ie. Marjorie Grove = Martin Grove.

At the end of the book is a one page question for readers to note down their answer, before a sealed chapter reveals the answer. Some books have nice illustrations throughout that are watercolored from photo reference. 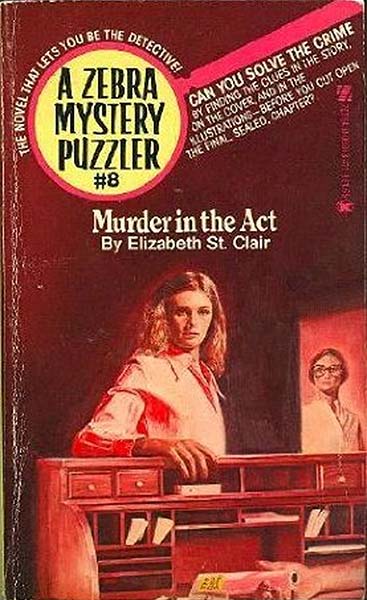 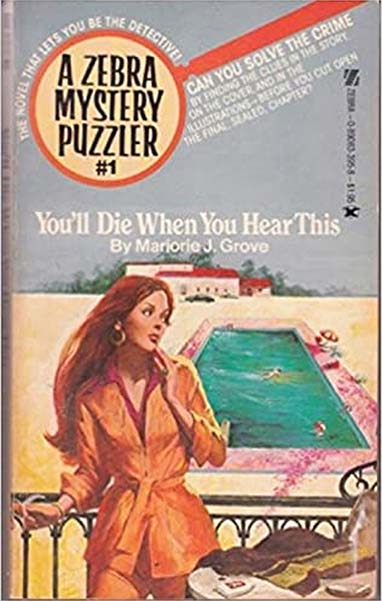 1
You'll Die When You Hear This
Marjorie J. Grove

The California Sun was shining while the sounds of rock 'n roll oldies poured out of the tape deck of Max Reynolds baby-blue Mercedes. Suddenly, the music stopped and Max, Hollywood's #1gossip columnist, got the biggest scoop of her career-

tomorrow's 'mourning' news. The man's voice was unfamiliar, but the taped message was very clear- Phillip Marvell, famous screen writer, would be dead by the next morning. Shock turned to disbelief as Max replayed the tape. Should she disregard the message as the work of some prankster out for a laugh? Or go to the police? The fiery redhead did the only thing a reporter with a story like could do. She printed it.

And then the prediction came true. Max was already in too deep to get out. Dead bodies began piling up. First a screen writer, then the leading lady, next the director... the Max got the biggest scoop of all- she would be the next victim! It was a race against time to find the mad killer before Max, herself, became the star of her last deadly column! 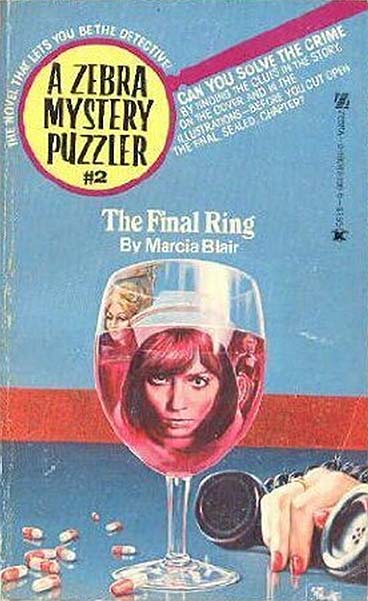 At Halloween, prominent Boston TV newswoman Terry Spring was covering the opening of an occult play when one of the stars was stabbed and murdered by a character dressed as Satan. When more corpses were discovered Terry knew time was running out.

When one of Britain's most beloved comedians is found dead - his throat slit from ear to ear - Maxine Reynolds, famous gossip columnist and Hollywood's answer to Scotland Yard, is sent to London to get the scoop and find the murderer. But when the clues lead her into the heart of an international spy ring, it's no laughing matter! In too deep for her own good.

Terry Spring, on a voodoo cruise, goes to Traynor castle on a clue to a murder. As the mystery unravels so do more dead bodies and she may be next! 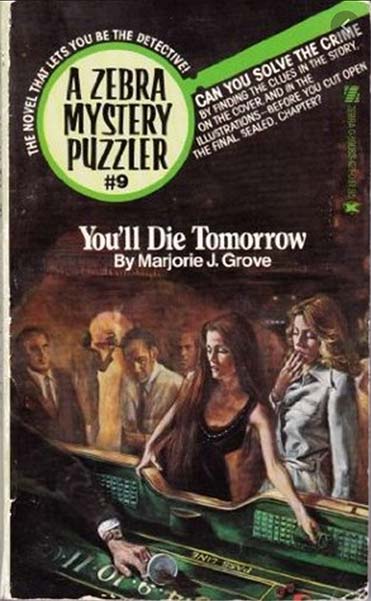 The novel that lets you be the detective! Can You solve the crime by finding the clues hidden in the cover painting, by uncovering the clues in four of the eight interior illustrations, and by following the clues in the story? 'Valerie's Last Run': When young Kay Barth set out to solve the murder of Valerie Mayne, it seemed no more than her first big case as Colorado's newest woman D.A. The beautiful, scheming Valerie had been found on an Aspen slope, a bloody ski pole in her neck. Any number of revengeful Aspen people might have been blackmailing, or Drew's bitter wife Allie, or the mysterious "lover boy" ski instructor Anton Duval. Then Kay knew she'd have to uncover the killer and learn the truth, even if it meant risking her own life. Because all the chief clues pointed squarely at Jason Ryder, the man Kay loved.

Willa Farrway's powers of ESP had often aided the police in their investigations. But when Chip Cullen is found strangled on her living room floor, her "visions" erupt in horrible confusion. TV newsperson Terry Spring, on assignment in New Orleans, becomes embroiled in the secret passions of an old bayou faily as she hunts the killer. Was the victim Willa's lover? Did his wife, Laura, heiress to a multimillion dollar media empire, know of Chip's wandering ways and kill him? Or had Les, Laura's runaway brother, returned to vent his wrath on a cold, unloving family? Terry's search for the truth leads her from Willa's vision of a wild, avenging cat down through layers of intrigue and hatred as thick as the bayou swamplands that silently threaten to engulf them all.

Bad News Valerie Lambert was celebrating the birth of her advertising company's new "Who's on First?" campaign to improve the sagging circulation of a San Francisco newspaper. Midway through filming a television commercial for the paper, the shooting stops... and the real action begins! The paper's controversial editor-in-chief is kidnapped, and the ransom note left behind.

You always hurt the one you love.